What I learnt from growing African Violets from seeds: the right start matters

When I first placed my African Violets seeds order from Nadeau African Violets Seeds more than a year ago, I didn’t know what kind of commitment I accepted. But let me start this story from the very beginning.

Where to buy African Violets seeds?

It looks like the only commercial reliable source of African Violets seeds is Ronn Nadeau. That’s what I learnt after endless hours of searching all over the Internet. They say there is one more supplier in the UK, but I never tried their seeds. It looks like all other seeds sellers I could find were reselling Nadeau seeds as well.

There are plenty of African Violets seeds available on eBay and Aliexpress, and they are mostly fakes – you’ll get some weeds seeds if get any at all. So don’t waste your time and money on those. Go to Ronn Nadeau – he is the loveliest person ever, and his seeds are the real thing.

The seeds took 16-17 days to germinate and quickly stopped developing. They just sat there – tiny, unhappy plants. I asked fellow growers, and they recommended to add some artificial light and start fertilising as coir itself is not nutritious.

So I bought a desk LED lamp and started feeding the seedlings. I couldn’t see any significant difference for a few weeks. By that moment I started thinking that coir was the wrong ingredient – my other violets that grew in the same mix were unhappy, with deformed crowns and slow growth. I was quite sure I had mites for a while until I understood that unsuitable growing mix causes all problems.

I decided to repot the seedlings, even though they were too tiny to touch. I used a manicure cuticle pusher as a miniature shovel and transplanted groups of seedlings to a new container.

That transplantation was a gamechanger for the plants. I didn’t have time to do all of them at the same time, so I could see the difference – the newly transplanted seedlings outgrew their non-transplanted siblings in less than a week. The difference was stronger day by day.

I think Jiffy Pellet is a great ingredient for starting seeds – it is peat based, very fine and contains nutrients for the initial seedlings development. I just added some boiling water to the pellets, let them hydrate, broke them and mixed with perlite and vermiculite.

My miniature seedlings were ready to grow in individual pots only by 13th of March 2018 – more than five months after sowing seeds. Trailers were stronger and grew faster, so I started transplanting them on 12th of February (4 months after sowing). 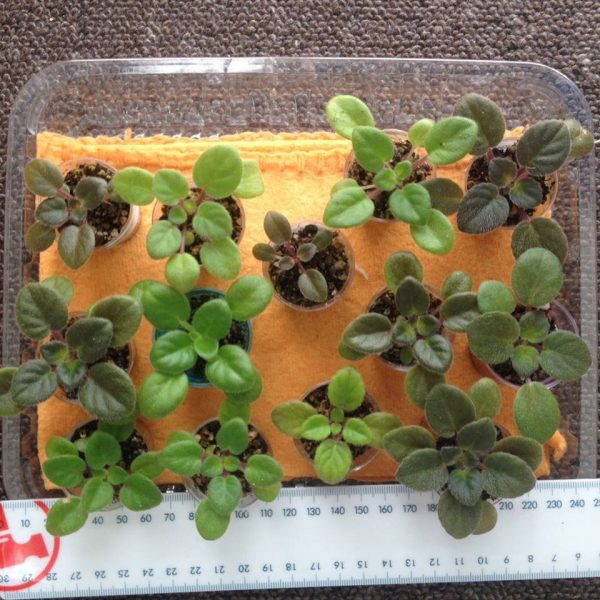 I used 30 ml plastic shot glasses and 60 ml plastic cups as tiny pots and started wick watering all seedlings so they wouldn’t dry out in such small containers.

I waisted way too much time and gave my plants a difficult start, so they didn’t have a chance to bloom early. They slowly started flowering at the age of 10-11 months after sowing, and I still have enough of them just trying to show their first flower. 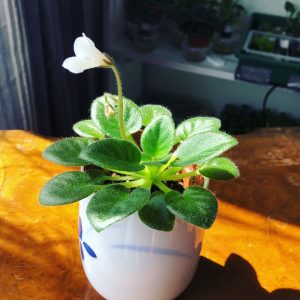 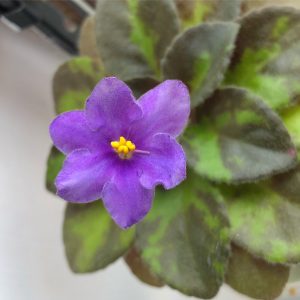 Previous Post
Battle for shelf-space
Next Post
What I learnt from growing African Violets from seeds: don’t bite off more than you can chew